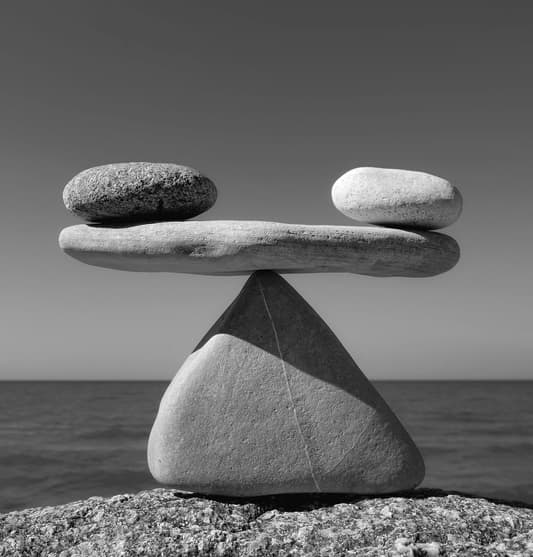 Suppose you are asked in a scientific experiment to identify whether a dot is blue. Of course, your ability to do such a task should not be affected by how many blue dots you’d seen previously. But it turns out it does. When fewer blue dots are shown, compared to previous amounts, people end up identifying purple dots as blue dots. Researchers have replicated these findings by showing participants pictures of threatening faces. When participants were then shown fewer pictures of threatening faces, they judged neutral faces as threatening. Researchers have termed this psychological phenomenon as the ‘Prevalence-Induced Concept Change Effect’. Gad Saad, in his book The Parasitic Mind, posits that this is a form of homeostasis, namely that people are driven to maintain the frequency of a stimulus at a set level, even if they have to engage in perceptual distortions to do so.

I propose this concept be used in the field of Western propaganda studies, with a slight name change to reflect Gad Saad’s contribution - ‘The Homeostasis-Induced Concept Change Effect’.

There are three ways this effect works in an anti-China propaganda context.

The first way is a Western journalist with an anti-China agenda will read a speech by a Chinese Government official, and despite the speech having a pro-peace and pro-cooperation focus, the journalist will distort the speech as having the opposite focus.

In other words, anything a Chinese Government official says that paints China in a favourable or neutral light will be reconceptualised by the anti-China journalist in a way that ultimately enables you, the reader, to return to your homeostasis conditioning: China bad - West good, to put it simplistically. The anti-China journalist’s concept change can either be driven by cognitive bias or calculated fabrication.

Let’s go to a real-world example.

Will Glasgow is The Australian newspaper’s North Asia correspondent, based in Taiwan. (Apparently Taiwan is now north Asia, not East Asia, but that’s beside the point.) He is also associated with the Australian Strategic Policy Institute (ASPI).*

“Attack.” “Sledges.” Them Chinese sound pretty ruthless, huh? But no different to what you normally read about them in the newspapers. So all’s good. Up is up and down is down. The sun is still rising in the east.

But let’s dig into the detail.

According to Glasgow, President Xi Jinping (or Mr Xi, as Glasgow prefers to call him) made AUKUS “one of the centrepieces” of his recent speech to the Association of South-East Asian Nations (ASEAN). Given that President Xi’s speech ran for six pages, us readers can thus assume that AUKUS was referenced for at least a couple of pages if it was indeed a centrepiece. Also according to Glasgow, we should be able to read, amongst those six pages, President Xi:

On a side note, is this why Glasgow won a “Journalist of the Year” award in 2019? Because he has a talent for packing in worn-out journalistic cliche couplets like “sweeping attack”, “stoke discord” and “swiping at” (one of which he couldn’t even get grammatically right)?

Just out of curiosity, how many times do you think “ASEAN” was referenced in President Xi’s speech? Turns out more than 50 times.

It’s as if Glasgow read a completely different speech. But a more likely explanation is Glasgow was inflicted with the ‘Homeostasis-Induced Concept Change Effect’. It can be assumed that Glasgow was expecting, or hoping, to read a belligerent and Anglosphere-centric speech that would allow Australia to score more faux victimhood points, confirming the trope of Chinese Communist Party aggression towards peace-loving, democratic Australia. In the absence of this, Glasgow was left to distort President Xi’s speech to match his expectation/hope, regardless of what President Xi actually said. This put Glasgow, and us readers, back into the self-soothing homeostasis state of ‘China bad, West good’.

“Regarding the future relations between China and ASEAN, I wish to make the following five proposals: First, we can build a peaceful home together. Without peace, nothing would be possible. Maintaining peace is our greatest common interest and the most cherished aspiration of people of all countries. We need to serve as the builders and guardians of peace in the region. We need to pursue dialogue instead of confrontation, build partnerships instead of alliances, and make concerted efforts to address the various negative factors that might threaten or undermine peace. We need to practice true multilateralism and stick to the principle that international and regional affairs be handled through discussion among us all. China firmly opposes hegemonism and power politics. China pursues long-term, friendly coexistence with neighbouring countries, and is part of the common efforts for durable peace in the region. China will never seek hegemony, still less bully smaller countries. China supports ASEAN’s efforts to build a nuclear weapon-free zone, and is prepared to sign the Protocol to the Treaty on the Southeast Asia Nuclear Weapon-Free Zone as early as possible.”

It would seem Glasgow missed tone-matching class when he was at propaganda school, because he actually tail-ended the above quote with “China’s strongman leader said”. Cue the spinal-disk-slipping shudder. It turns out that no one does cringe like Glasgow.

A little tip from me to you, Glasgow: linguistic manipulations are supposed to be imperceptible, not stick out like a sore thumb.

For those who subscribe to the tenets of the UN Charter, I encourage you to read President Xi’s full speech here. It’s reassuring to know that at least one global leader is a champion for international peace, security and prosperity for all.

There are many more issues with Glasgow’s article, but I’ll finish off on his claim that the “pugnacious Xi administration spokesman” (there’s that sore-thumb linguist again) “launched a lengthy personal attack on Australia’s defence minister Peter Dutton”. Here’s Glasgow’s threshold for lengthy:

“Mr. Dutton's remarks are extremely absurd and irresponsible. As a senior official of the Australian government, he is obsessed with the Cold War mentality and ideological prejudices. Driven by selfish political gains, he has repeatedly made provocations, sensational and astonishing statements on China-related issues. He wouldn't scruple to hijack Australia onto the chariot in confrontation with China. His real intention has been exposed to all.”

And to think that Glasgow’s piece was not intentional satire!

* Note that after the publication of this blog post, ASPI hid Will Glasgow's biography page on its website.